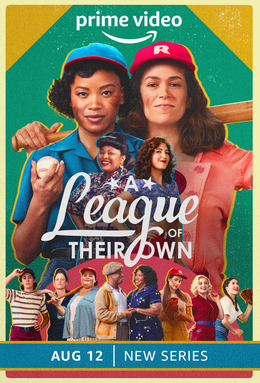 I haven’t seen the movie this series is based on, nor can I comment on its historical accuracy, but I can definitely recommend it because it is a good show. If you are on the fence, don’t be. Go, stream it now.

The series follows one of America’s first women’s baseball teams. The series focuses on the adversities they faced and how they overcame them. The series covers social issues such as racism, sexism, and homophobia. While I do have to admit that it addresses these topics in a fantastical wholesome manner, it does so respectfully, and I can’t take issue.

This show is incredibly wholesome with a fantastic cast, a fun narrative, and a lot of baseball. The characters are unique, and watching them grow and become a team throughout the series is truly inspiring. The Peaches face a lot of obstacles because they don’t fit the traditional role society has assigned them. They just want to play baseball and be who they are, but that isn’t what a traditional woman is. The show does a great job at showing that the traditional woman is a myth, and it instead broadens the definition by including a more inclusive representation of womanhood.

It is inspiring to see all that these women had to endure and to see what they accomplished. This is an important narrative and one that needs to be told. My only complaint is that the narrative is a little too whitewashed, but the intent of this show is to be wholesome and fun, not real and heavy. I’ll let it slide. You need to watch this show.

You can stream this on Amazon with a Prime membership.