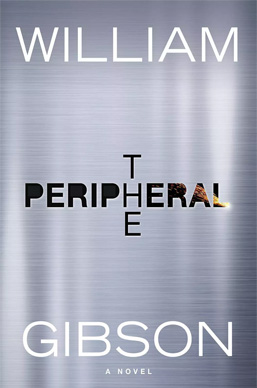 The entire season of The Peripheral is finally available for streaming, and it wasn’t worth the wait. I started watching this series as it came out but quickly gave up when I lost interest. Having this series be a weekly release was a mistake because there isn’t enough happening to get you excited for the next episode. If you are looking for a good sci-fi series to binge, look elsewhere.

Flynn Fisher is the best VR gamer in the world, but she is also poor. She and her family live paycheck to paycheck and use Flynn’s gaming skills to make extra money. One day, a mysterious benefactor offers to pay her to test a new VR headset. Flynn finds herself in a hyper-realistic simulation where she must complete dangerous tasks to earn her paycheck. But there is an evil cabal working against her benefactor. Flynn finds herself in the middle of a deadly conflict where she and her family must fight to survive. Can Flynn get to the bottom of this mystery before anyone she loves dies?

I am happy this series has a recap before every episode because I struggled to remember the plot. The plot isn’t confusing, but it is boring. There clearly wasn’t enough plot for a whole series because they drag out what little plot they have over the eight episodes. This series is terribly paced. This series needed to be thrilling, fast-paced, and suspenseful, but it isn’t.

The cast is decent but they are wasted on flat characters and dull narrative. Flynn is a Betty Sue who seems to care the least about being in this series. She is much too perfect and will easily beat every encounter she faces. Any suspense and action that could have saved this series from being an abysmal flop are poorly executed. The action scenes are lethargic, the build-up is slow, and the big reveal comes out of nowhere. This is a series that suffers from a severe identity crisis as it struggles to try to define itself. There are too many plotlines fighting for your attention, and none of them will earn it.

I haven’t read the book this series is based on, but I can assure you it is a very loose adaptation. If you are here because you are a fan of the book or the Westworld series, prepare to be disappointed. This series was a waste of time. You can stream it on Amazon, but I wouldn’t bother.

Now for a shameless plug, check out Canva. If you need a quick and easy photo or video editor that works in your browser, try Canva. It is free, easy to use, and you get access to a wide selection of templates for those who are like me and aren’t that creative. Check out my affiliate link today! You can also try Amazon Prime with my Affiliate link!

Image By Jacket design credited to Richard Hasselberger. Published by G. P. Putnam’s Sons, an imprint of the Penguin Group. – JPG used by The Verge, Fair use, https://en.wikipedia.org/w/index.php?curid=63367620