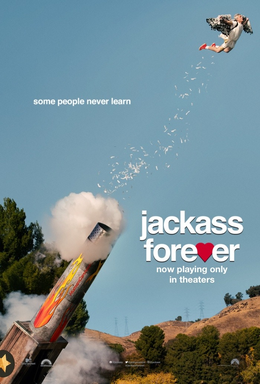 If you are a fan of the franchise, you have probably already seen this movie in theaters. If you aren’t, it is the same thing as all the other movies but they introduce new cast members and guest stars. If you are on the fence about this movie, I don’t think the theater experience adds anything to the film. I would hold off till you can have a medium where you can fast forward through the boring bits. There is a lot of filler in this movie where the cast stands around or reacts to the stunts. If you are a die-hard fan you will probably appreciate these bits, but I am not and it got tedious.

As far as the stunts go, a lot of the new pranks revolve around misdirection. A cast member would start a stunt, but the stunt changes midway through unexpectedly. This is a refreshing direction to the series, as it does lead to some funny moments. But like all Jackass films, not all of the stunts are hitters, and there are a few you will want to skip. I am not a huge fan of the animal bits that I wish I could have avoided altogether. They don’t harm the animals, but the animals don’t want to be in this movie.

Overall, the movie is fine if you grew up watching the franchise. I believe this movie is meant to introduce the new cast that will be taking over the series. While the original cast is involved, their involvement is more subdued. There was a bigger emphasis on the new cast members. I would describe the new cast as excitable and ready to take over the franchise, but I don’t have an opinion of whether or not they are worthy. They also have a few celebrity cameos, but they don’t add much to the movie.

This movie is okay, but unless you are a die-hard fan, I wouldn’t rush out to go see it.